Prime Season
May to June flowering

Reed Canary Grass is a coarse cool-season perennial grass with tall erect hairless stems that are 2 to 8 feet high.

Leaf blades are 1/4 to 1/3 inch wide and tapering, up to 10 inches long. The ligule where the blade and sheath join at the stem is transparent and truncate at the top. Leaf blades are somewhat coarse, with rough surfaces, and serrate margins (very finely toothed), upright and mostly basal.

Spikelets: Each spikelet is the same with 3 florets, the upper one bisexual and fertile white the lower two are sterile. The two sterile florets are half the length of the fertile one and have fine hair. The bisexual floret has fine hair on the upper parts of the lemmas but without hair on the lower parts. These are gray-brown to brown at maturity. The fertile florets have 3 anthers and 2 styles. Awns do not develop.

Invasive: Reed Canary Grass is invasive and is listed in Minnesota as an invasive non-native terrestrial plant and a particular threat to natural wetlands as it forms large stands with which other plants cannot compete.

Habitat: Reed Canary Grass grows and spreads from scaly rhizomes that form a dense mat just beneath the soil surface. It is one of the first grasses to begin spring growth. If the growth is cut in early summer, a re-growth will occur in the fall. If used for erosion control care must be taken to control spread. The plant has also been found to be useful for seeding filter fields that collect waste water, such as from food processing or livestock operations. The plants are heavy nutrient feeders and work well in such places.

Names: The genus name Phalaris is the Greek name for a grass of this genus and thought to mean "shining" referring the seed heads. The species name arundinacea means "reedlike". The author name for the plant classification, 'L.' refers to Carl Linnaeus (1707-1778), Swedish botanist and the developer of the binomial nomenclature of modern taxonomy. 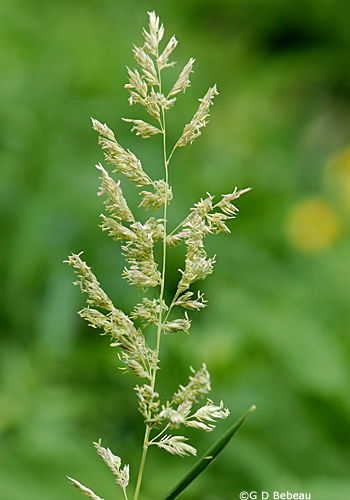 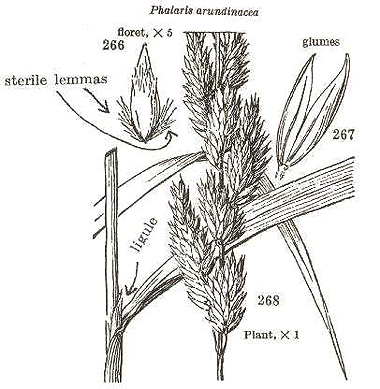 Below: Flowering heads on Reed Canary Grass showing the color ranges of the color of the early panicle branches, which turn brown toward maturity. 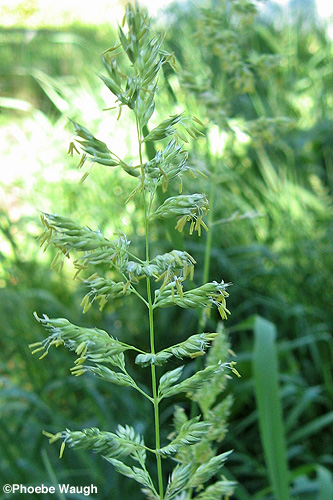 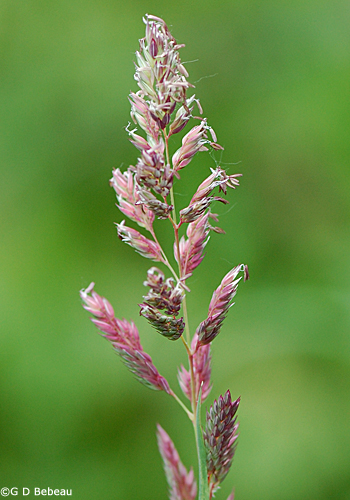 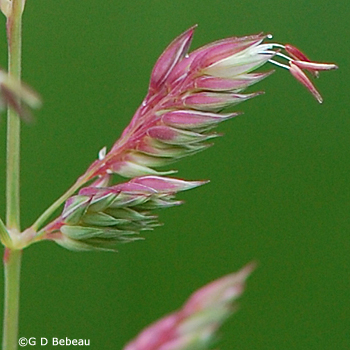 Below: The mature panicle shows definite branching and is arching over from the weight. There appears to be long whitish tufts of hairs at the base of the spikelet but these are the hairs on the much shorter sterile florets. 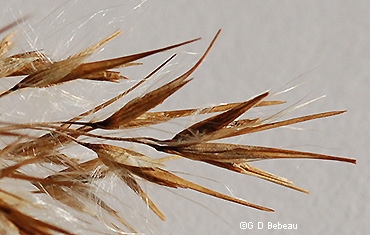 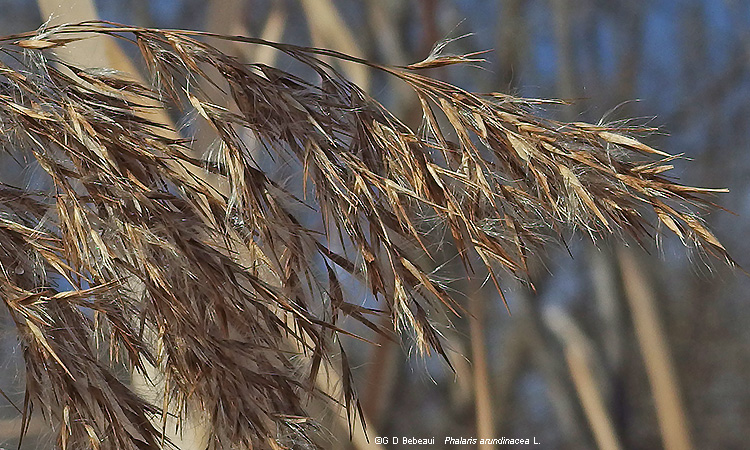 Below: A large mass of Reed Canary Grass in the Upland Garden. Photo ©Phoebe Waugh. 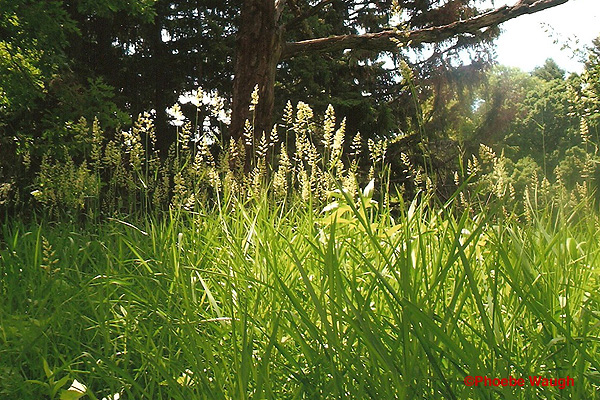 Notes: Reed Canary Grass has been present in the Garden for years. Eloise Butler catalogued it in her early Garden records, first noting it on June 22, 1916 when she wrote "found Reed Canary Grass in Garden". Considering it is somewhat historical in that regard, it is allowed to remain but under strict control.

In Minnesota it is found throughout the state with only a few exceptions in the SW Counties. Two species of Phalaris are found in Minnesota, P. arundinacea, and P. canariensis, Annual Canarygrass.

Reed Canary Grass is a native of North America but most of the plants that you will see are probably a mix of the native strain and plants that originally came from seeds of an Eurasian species that were imported into the United States in the 1880s for forage and erosion control (via Sweden some sources state). That Eurasian species has now naturalized itself across the entire United States and Canada except the more humid SE States from Texas to Florida.